Poetic Devices And Their Effects

Poetic devices are the writing tools that are often utilized by poets for enhancing the rhythm, meaning, intensified mood, or feelings of the poem. Here the same words, phrases, or sentences or parts of sentences are utilized again and again to shape or convey the meaning of the poem. Poetic devices are mostly utilized to make the infusion of the literal meaning and figurative meaning of words. Literary meaning always emphasizes the original sense of sentences or words whereas, figurative meaning always emphasizes the implications of words, situations, unexpected connotations, and others. 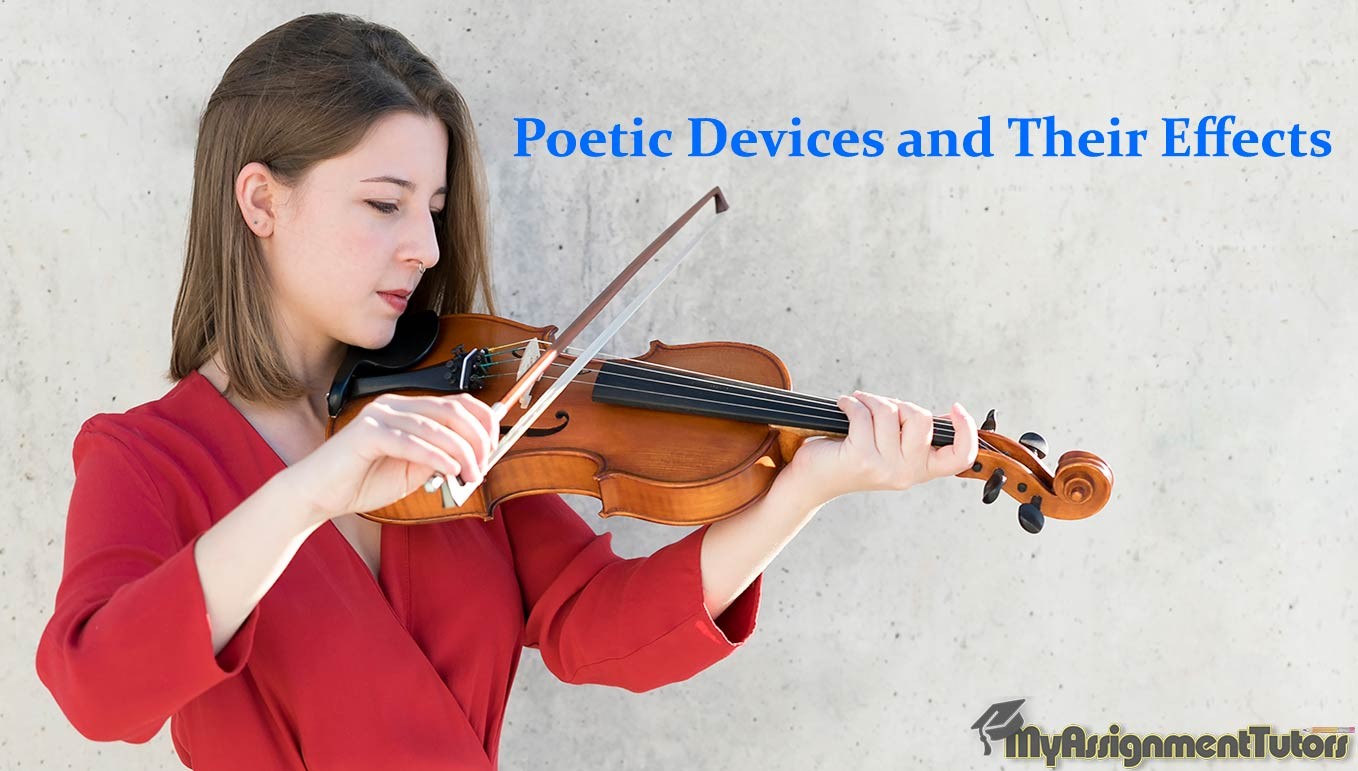 In English literature, poetic devices are also utilized for moderation. It helps the reader to understand it better.

Poetic devices form the pattern of a poem. Poets utilize the device patterns for the utilization of the description, persuasion, information, inspire their readers, elevate the meaning of the poem, and sometimes for singing and inscribing. In a poem, there is a versatile role of the poetic devices, which are discussed below.

For example, there are mainly four types which are present below:

Through the utilization of these poetic devices, poets can make utilize languages through the development of the mental scenario. It provides a mental effort where the sensory impression of the poetic devices enhances the emotional effects, readers can visualize the scenario.

Alliteration is one kind of poetic device which is mainly utilized to keep the first consonant or sound the same in a poem. These words are presented mostly in an adjacent manner, but they are sometimes also separated by one term.

Alliteration types of poetic devices have a purpose in the poem where these words emphases the essential thing in the poem. Here readers can highlight the feelings.

FRO Milton the Tennyson, all the poets have utilized these alliteration kinds of poetic devices. It provides additional rhythm, color as well as beauty to the poem.

From this discussion about poetic devices, it is clear that there are different kinds of poetic devices. These are tools to add some flavor to the poem. Poets from the ancient periods to the modern age use these tools to intensify the meaning, clarity, and understandable deliverables in a simple manner.