Examples of irony in English literature

The irony is a literary device popularly used by authors in fiction, novels, and other types of content which are seemed contradictory.

The irony in English Literature 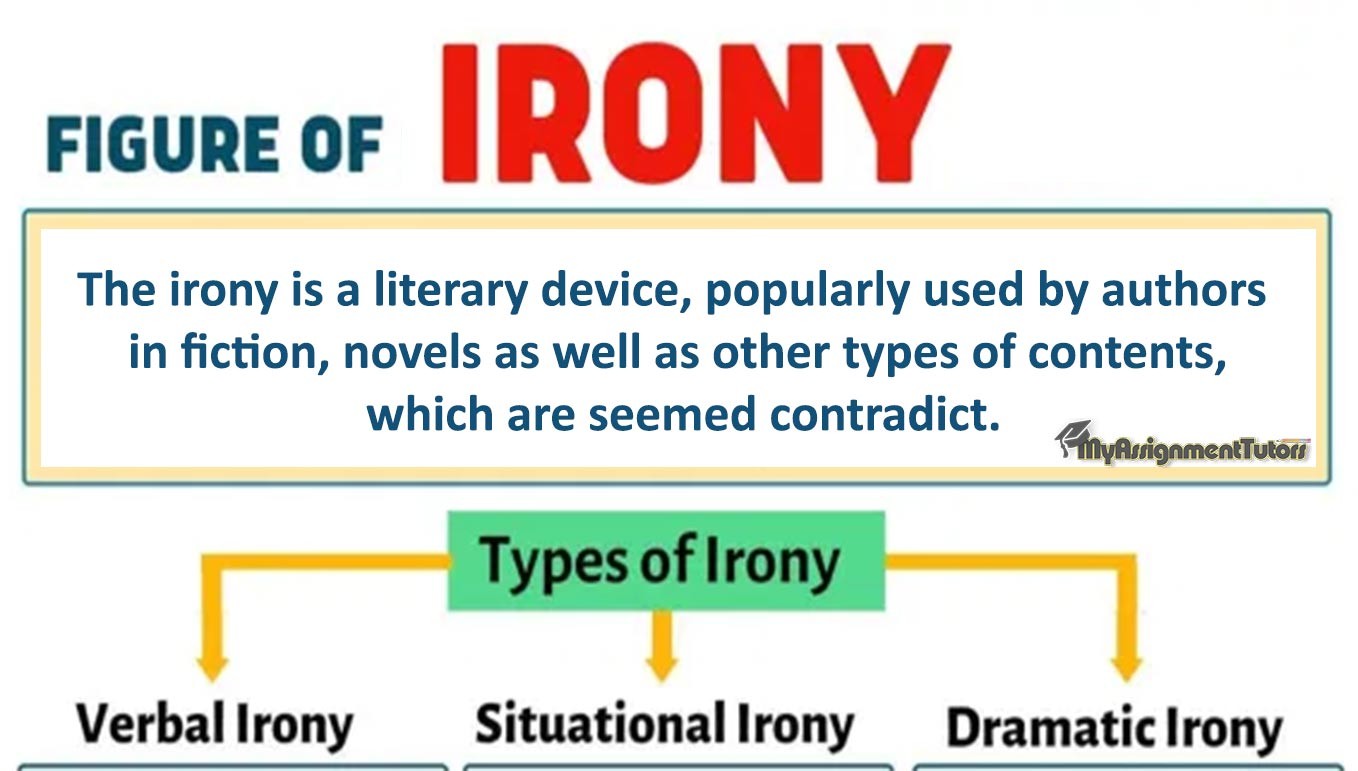 For examples of irony in English literature

Authors use different situations such as pilots have a feat of altitude and height; many users of Facebook are now complaining about the privacy policy of social media, fire station burnt down due to sudden outburst, and many others. In this scenario, peoples get a great taste of climax for the situational changes.

Use of Irony Technique in English Writing

In English writing, authors use this technique of irony to bridge the difference between the unexpected ending of the author's thinking along the readers' natural expectation level. In English literature, there is a huge type of utilization of different kinds of irony. It is highly used in expressing sarcastic views.

For example: in the climax, when a waiter of a hotel drops a tray from his hand, the author provides the expression with “great job". When a situation goes in an opposite direction from the expected one, it is also called situational irony or irony of events. Authors place this situational irony in the opposite direction whether it is tragic or humorous but it should be an unexpected one to the readers. Previously, it is discussed through examples as fire station burns down because it is quite unexpected to all. After all, in a fire station, there are lots of fire officers to protect the building.

Another popular example of situational irony is the discussion on the divorce of a marriage counselor because that person provides advice for settling down many marriages. In English literature, irony is mainly utilized to develop suspense, and here the hope, fear, and expectations from readers changes. In this turn, when readers fail to assume the storyline, then interest is also enhanced.

For the utilization of irony in English literature, it is very important to know its differences from sarcasm. Sarcasm is often utilized as irony but irony does not mean only sarcasm. In dramatic irony, there is the expression through the working structure. Through dramatic irony, the authors provide a contradiction between the expectation of audiences and the thinking level of the author. Dramatic irony is famous across the world due to different kinds of Melodramatic live performances. It is also to be present in the writing contents, literature as well as normal life. The irony is the contrary between the different kinds of climaxes, situations, contradictions, and characters. The irony in sentences develops the suspense and science that makes the reader conscious and attentive towards the performing arts.

It is the basic step behinds the utilization of irony in English literature Due to its importance in changing the tract or situation of literary content. But, it acts as the English writing device for enhancing the quality and the attraction of the literary document. Proper utilization of irony helps authors to develop the level of content whereas it inspires audiences to think everything from contrary angles also. Irony helps authors to enrich the English literature through enhancing the sphere of thinking, idea, as well as its emerging probability level.